What to Expect When You’re Expecting Twins: Honest Interview


To be a mother can sometimes feel like it requires superhuman powers, but what happens when you are excepting double the fun?

In today’s article, we have been blessed with the opportunity to interview supermom of 3 beautiful daughters, Christel from Australia. Christel provides us with the low down of what to except when you are expecting twins. 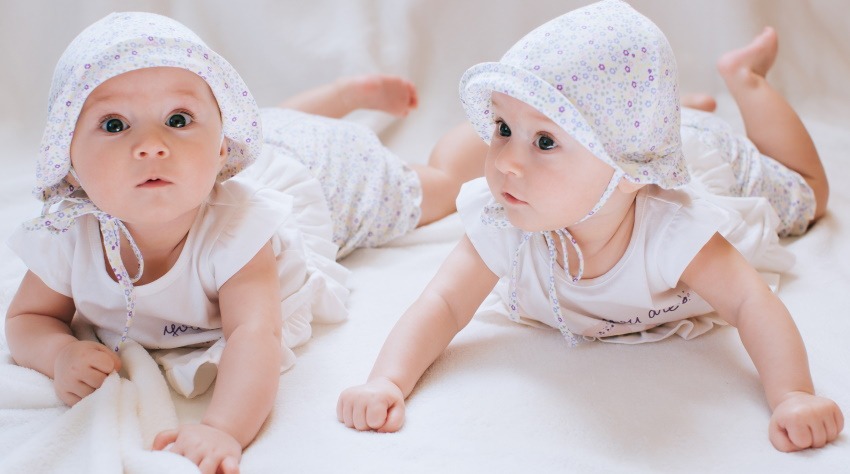 Interviewing Christel About Expecting Twins & Being a Twin Mom

Q1. Did you have any noticeable and/or amplified early pregnancy symptoms?

I discovered I was pregnant with Monozygotic (identical) twins at about 6 weeks. I went in for a scan to check dates as I had not had a period since coming off the pill. Up until that scan, the only early pregnancy symptom I had was fatigue. I was sooo very tired all the time. I had minimal morning sickness compared to what I experienced with my first singleton pregnancy.

They were in separate sacs but shared a placenta, making them the second highest risk twins.

“Monochorionic pregnancies have an approximately 15% risk of developing the twin-to-twin transfusion syndrome (TTTS), which can be associated with perinatal mortality and morbidity despite treatment” (Read more at John Hopkins Medicine, opens in new window)

Q2. What was the duration of your pregnancy? And any noticeable difference between your first singleton pregnancy?

“I began to experience minimal movement . . . “

Q3. Can you tell us what your delivery date was like?

At 34+6 weeks, I began to experience minimal movement. I was concerned so I went in for a checkup.

At the checkup they started moving again, but the doctors called me in the next day for a further scan to just make sure everything was ok. They tried scanning for over 40mins with no movement from my twins (but heartbeats where fine).

Evie came out first, she was so small and started screaming immediately. They showed her to me and my husband before whisking her away. Zoe took a little longer (2 minutes younger) as they had to push on my lower ribs and belly to force her out).

They also showed her to us before whisking her away as well. They had two teams (one team per twin), each twin had her own pediatrician and 3 nursing staff to take care of them immediately after birth, to check them over, making sure everything was ok.

Once checked over, they were brought back for us to quickly cuddle before they were rushed to the special care nursery for temperate stabilization.

My husband went with them and I remained in the operating theater being sewn back up, cleaned up, etc. Once I was out of recovery, they wheeled my bed past the twins (who were in humidicribs) to see them before I was taken to my room to rest. I did not get to hold my baby girls for almost 20 hours after birth.

“Fed is best when it comes to twins, you do what you need to do”

Q4. How did you go about feeding your twins?

I chose not to breastfeed my twins given the issues I had with supply. Shortly are the birth of my twins, they were fed via a nasal gastric tube while in special care for 9 days.

Once home, we would take turns feeding them every 3 to 4 hours starting with less than 50ml. They never managed to drink the ‘recommended’ amounts. Bottle feeding turned out to be the right choice in the end as we learnt that one twin had a milk protein allergy and required different formular to her sister.

In the end, I think fed is best and when it comes to twins, do what you need to do. 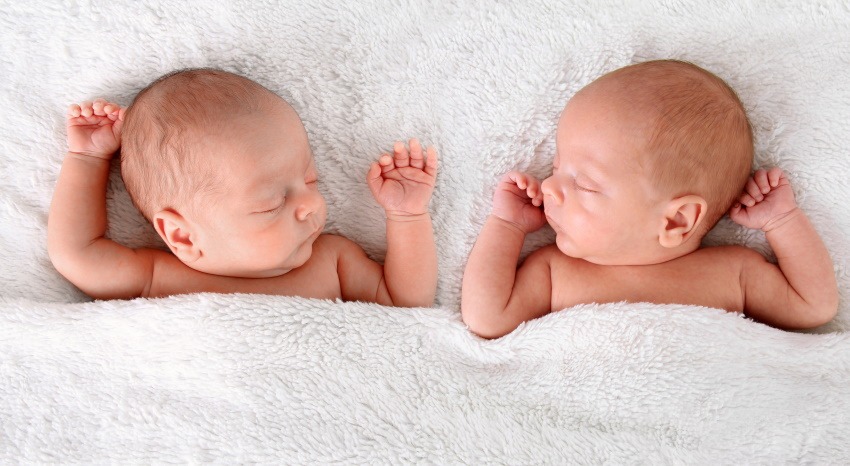 The first 3 months were the hardest 3 months of my life. It was all a blur.

While still in the special care nursery at the hospital, our twins slept together in a double bassinet. Once home, we set up our room so that they could continue sharing a cot.

However, after 3 months we moved them into their own rooms and into separate cots. Sometimes the twins would wake up for feeding reasons at the same time and sometimes separately. We would wake the other twin up to feed so they could remind on the same schedule.

Q6. Now that your twins are a bit older, how do you handle jealousy/competition between the twins, or treating them as individuals rather than “bundle them together”?

We have been lucky in that we have not experienced a great deal of jealous between the twins. Competition yes, but minimal and healthy. All three of my children compete for my time, their turn to talk, turns on the ipad, etc.

When the twins were younger, we did tend to bundle them together. Referred to them as ‘the babies’, ‘the twins’, etc. Now, as they are older, we treat them as individuals. They, however, certainly know who they are as individuals, but I am not sure if they actually know what twins are and that they are twins. They refer to each other as ‘my sister’, etc.

“Learn to Forgive yourself”

Q7. Any final tips and advice for other twin moms to be?

I think twin mums need to prepare themselves. You are expecting twins, quite different (very special) to having 1 baby.

You must learn to forgive yourself and leave the mum guilt behind. You have two babies who need your time and attention. Your twin mum journey will not be the same as a singleton mum’s journey.

Find your nearest Multiple Birth Club and GO! Meet some other twin mums who get it! They get what you are going through, they understand. I found my tribe with my local multiple birth club. Best thing I ever did for myself, my twins, and my family.

Thank you so much, Christel!

Who else is expecting twing or is a twin mom? Can you relate?

Previous articleFavorite Alphabet Soup to Share with the Kids
Next articleHealthy Breakfast Bars Recipe with Jam (So Easy!)

Toddler Tantrums: Prevent and Handle Them with Love